You don’t really want the whole story— nobody does.

While in advertising, Ross Van Dusen won over a hundred advertising awards, including two Clio’s, an International Broadcasting Award, a British International Award, multiple ADDY, ANDY, and Belding awards. When he retired as Executive Vice President, Creative Director of Chiat/Day Advertising in San Francisco, he turned to fine art, illustration, and writing. He’s had fine art shows throughout the US. He’s published many light-hearted mysteries for adults. He’s also written and illustrated award-winning children’s picture books.

He can’t play any musical instrument, is a terrible dancer, and doesn’t have much of a voice. Ross has two grown children, one grandchild, and two great grandchildren. He lives with his wife, Jean, and her cat, in Albuquerque, New Mexico. 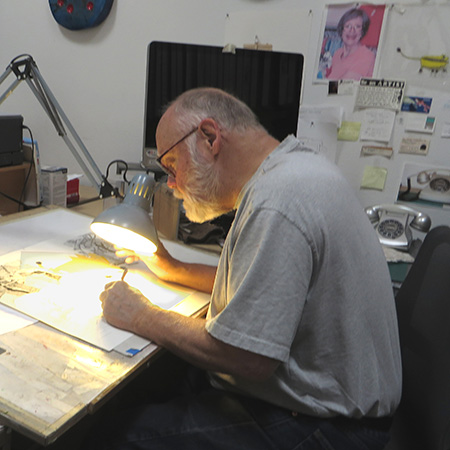